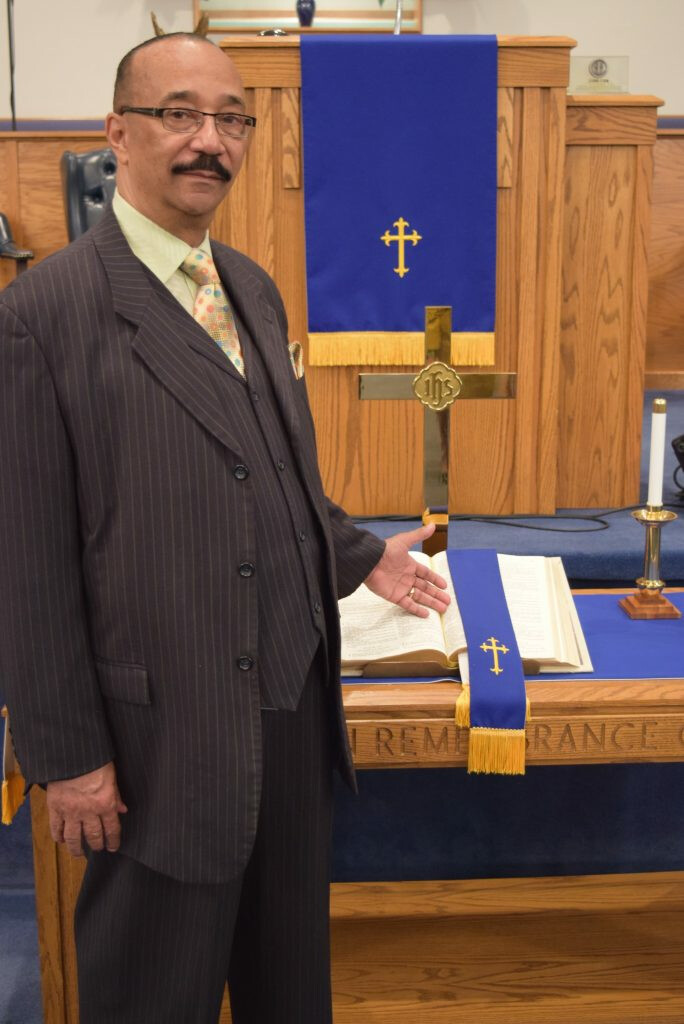 He the son of the late Curvington and Mary Reeves, a native of Columbus, Ohio, born on May 27, 1949. He was educated at the Ephesus S.D.A. Jr. Academy and Columbus Public School System. He has attended Columbus State Community College, workshops, and other educational opportunities to further his education.

Elder Reeves was called to the ministry in November 1974 and assumed the Pastorate of the Corinthian Missionary Baptist Church in October 1976.

Elder Reeves is past President of The Congress of Christian Education of The Ohio Baptist State Convention, Inc. He also served on the Board of Trustees of Maryhaven Inc., which serves our community for those who suffer from substance and chemical abuse.

He was selected to be in “Who’s Who in Black Central Ohio.” He has traveled abroad to West Africa, Haiti, as well as over the United States.

Elder Reeves’ ministry extends to the community on Radio Station AM 1580 WVKO ‘The Praise’, where he serves as Program Director. He is a Radio Announcer, on WVKO, Mondays from 12:00 p.m. to 2:00 p.m. He is also a mentor for many students in various local schools.

On October 12, 2003, at the 27th Pastoral Anniversary, the Service of Consecration to the office of Elder was held. Bishop Jerome H. Ross, Sr. presided over the service and made the pronouncement of Elder upon Michael D. Reeves, Sr. on July 13th,2013 he was elevated to Overseer Kingdom Connection Fellowship.

The past forty three years years has brought about much growth: our new Church facility, our Community Development Corporation, increase in our Ministerial Staff, and continued Church growth numerically and spiritually.

Elder Reeves’ favorite saying is. . . “I want to be a blessing to someone today”.